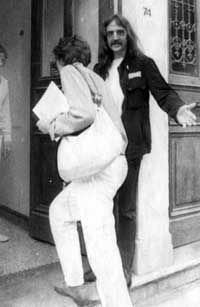 We left Cologne for Maastricht, setting off from Géza Perneczky’s house, a little later than we had planned and when we reached the Dutch border the weather suddenly took a turn for the worse: there was such a heavy burst of rain that we could barely see beyond our noses.

We didn’t realise it because of the heavy rain but when it died down we took a better look around and noticed that we had missed the exit and that we were therefore already in Belgium. But it wasn’t a problem, we turned back and soon reached Maastricht’s empty main square at eight on a Wednesday evening. We could hardly find an open bar to make a phone call… Finally, we sorted everything out and half an hour later we were having a conversation in Rod and Liesbet Summers’ small but very charming, exotically furnished apartment in a residential estate, first throughout dinner then while having tea and listening to an amazing variety of music until midnight.

We had been waiting for this meeting with great excitement because since 1978 Rod Summers had been producing and distributing audio cassettes within the framework of the V.E.C. Audio Exchange Programme. On his invitation artists interested in music and sounds had been sending him cassettes containing their own works, from which he used approx. six minutes of material for a joint cassette project. The programmes he himself edited were recorded on a master tape with sound montage and collage techniques. All the participants received a copy and – in exchange for an empty cassette – so did those who had participated at least once in the programme. The cassettes were numbered and a maximum of 150 copies were made of each programme. We also made our first sound material when in 1980 Rod wrote to us that he would only record the programmes for us that had come out up to then if we made our own material. To spur us on he added that it didn’t matter about the quality and if we couldn’t think of anything else then we should send the sounds of Budapest. And we did just that: we sent a tape of Buda-Pest music by taking a portable cassette recorder from Frankel Leó Road to Garai Square by bus, metro and on foot. The cover for the cassette was a map of Budapest with the route we took marked on it. 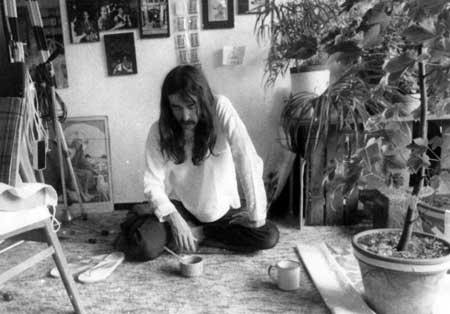 By December 1982 a total of 15 cassettes – all 60 minutes with one exception – had been made within the framework of the V.E.C. audio exchange programme – with the participation of 100 artists (fine arts artists, poets, musicians). They are entitled Here, Listen, Clear, Glisten, Ear2Ear, Gathered Hear, Sep+tic, Still, Ulises’ Dog, Pythagoras’ Budgerigar, Grate, Ringade, Ether and Hark (Hard as you like). Other V.E.C cassettes have also been published outside of the exchange programme, and these are generally 150 numbered copies made from the works of a featured artist and for sale at ten dollars each.

Rod produces the cassettes and does all the necessary administration completely by himself. He keeps accurate records on the cassettes that he received and sent and these can be easily dug out of his sound archive. It is partly because of financial reasons that he does not reproduce cassettes in advance. Copies are always made when there is a concrete demand for them. Every single copy is made from the original master tape, and only one copy is made at once so that the quality of the recording is constantly monitored. 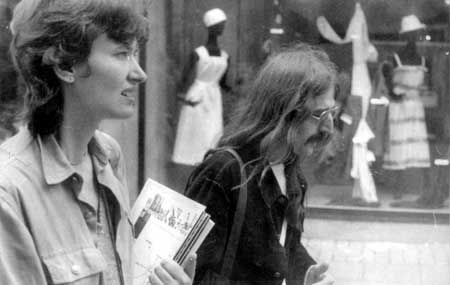 Even in the West such activities don’t always get supported and so in his latest account of his work Rod reported that if somebody didn’t come up with some good idea, the 15th exchange programme would be the last because the rise in the cost of postage and cassettes was not balanced by the incomings.

At the time of our visit Rod was frantically getting ready for Iceland. He was going to give a performance in Reykjavik on 9th July composed of a sound installation and a sound performance for which he used the natural sounds of Iceland and some objects from Icelandic nature. (Actually it was only thanks to this that we found him at home because for some strange reason he hadn’t received the letter we sent him telling him of our exact arrival so if he hadn’t got the invitation to Iceland, he would also have been able to go to the neoist training camp in Würzburg.

The conversation over the two days and nights we spent there was awfully short and with a heavy heart we gave up the chance to listen to the huge number of cassettes available and contented ourselves with the little sample we were shown by our host.

What we experienced in Maastricht confirmed our opinion that there is no good reason for Hungarian artists to stay away from the international podium of sound poetry and experimental music and sound. The standard technical equipment available in Hungary is ample to produce enough cassettes of the right quality. Hopefully it is just a matter of time before Hungarian artists engage in the cassette genre, which is relatively simple to produce and easy to send.